Lotto Winners Who Lost It All in South Africa 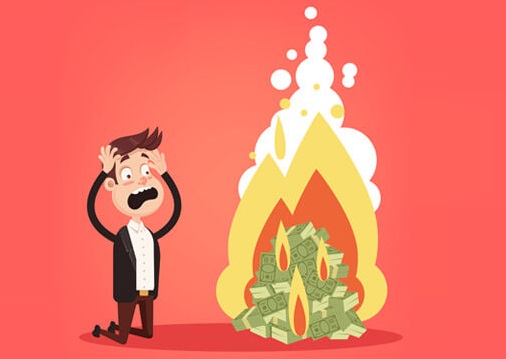 Lessons From South African Lotto Winners Who Lost It All

It’s a sad truth that many Lotto winners are broke just years after winning big. The following six stories are just a few of many who got lucky and then lost it all. You can now learn from their experiences and avoid the same mistakes. This doesn’t assume that you’re going to win the Lotto. You might come into money through inheritance and some other stroke of luck, but even if you don’t find yourself with a large lump sum one day, the following lessons can still help you make better money decisions, regardless of how much you have in the bank.

Our first winner has nothing to show for his luck except some scars and a lot of regret. After refusing an offer of financial advice, he went through seven cars and spent much of the rest on drugs, alcohol and sex. Besides making some improvements to his parents’ home, the only productive thing he tried to do with his money was to start a business, but that failed and even got him shot during a hijacking. On reflection he said that if he won the Lotto again, he would choose his friends more carefully and invest most of his money.

Like our first winner, this poor soul didn’t choose his friends carefully. Together with some greedy relatives, they made much of his winnings disappear. Not that the winner himself was any wiser with the money he was able to hang onto. He spent much of his winnings on luxury cars, but doesn’t even own a car any more. He even had to sell the 3-bedroom house he paid for with his winnings. He is still waiting for his friends and family to pay him back.

The youngest on our list, this 18YO young man turned to a life of drugs and crime after winning big. He quickly lost all his money, and ten years later was sentenced to 28 years in prison for murder. It seems that there is no rhyme or reason to how lady luck choses winners.

Usually, money that is invested is safe. But not in this case. Winner number four invested R4 million but was still robbed by his family. Tragedy seems to follow many overnight millionaires, and in this case one of the winner’s sons was shot dead shortly after he came into money. The other son was later convicted of defrauding his parents, but he blames his murdered brother for the missing funds. Ten years later all the winner has to show for his ‘luck’ is a partially renovated house and two broken tractors.

There’s a certain pattern here: almost all the winners squandered their winnings on new cars. This winner was no different in that regards. He bought four vehicles, two of which he crashed and two more which he had to sell when he couldn’t keep up the maintenance on them. The only productive things he did with his money was build his mother a house for around R800 000. After four years all his money was gone, and at the time of writing he was unemployed and living with his mother.

Having won big, this former police officer quickly left the force to start his new life. Like other winners, he spent much of his winnings on fast cars and on entertaining friends. But, then he divorced his wife and was left with only R2,5 million. That’s still a considerable amount of money – enough to invest in a chicken franchise. But that also didn’t go well. He lost everything when he failed to abide by the franchise rules. Today he has nothing to show for his big win except a criminal record (He faced charges for theft and impersonating a police officer).

You can’t choose your family, but you can choose your friends. And they can be as big a drain on your bank account as your family. Do not lend money to friends. It will only put a strain on your relationship. Sensible people know this and will put your relationship before any need for money . If aI friend really needs money, give it to them without expecting them to pay it back, but it’s best not to allow this to become a habit.

Invest as much money as you can

One of the most common big mistakes made by all the winners was spending their money on depreciating assets like cars. The more expensive and newer the car, the more money they lost. The only to safeguard your money is to leave it in a savings account or invest it. Putting your winnings in a mutual fund or fixed deposit account will ensure that it earns interests and make it harder to access if, in a moment of weakness, you tempted to use it for something else.

If you ever find yourself being paid a large lump sum – maybe your inheritance or a cash prize – know that it won’t go as far as you think it will. And once it’s gone, it’s gone. After your safely invested most of your winnings, budget the remainder carefully. If you use your winnings to finance a more expensive lifestyle, know exactly how long you can keep it for. Use that time to increase your income so that you can continue to pay for your lifestyle when the rest of the money is gone.

Get advice from a financial advisor

All of the winners mentioned above got bad advice… from their friends and family, who had a vested interest in their winnings. And we know how that went. Unless you know the ins-and-out of the investment world, it’s best to consult a financial advisor on the best place to put your money.